Not really, though. I’m a lover, not a fighter. But the type of fight I was really talking about is a Boodle Fight.  What is a boodle fight?

A boodle fight or “free for all eating battle” originated in the Philippines, is a military style type of eating that symbolizes camaraderie, brotherhood, and equality.  Back when soldiers participated in a boodle fight,  rank or chain of commands was eliminated during this feast. Piles of food are placed in the middle of a really long table lined with banana leaves and the act of a “fight” meant grabbing and eating as much as you can while using just your hands. Utensils were not allowed because it would make too much noise.  Sorry… germ phobes and neat people. Time to get messy!

Boodle fights are meant to celebrate an event or special occasion. I was lucky enough to be part of this feast in Boracay for my cousin’s rehearsal lunch.

First process:  Wash your hands! Traditionally, hands are washed with limes into a big wooden bowl while someone pours water from a gigantic wooden jar. 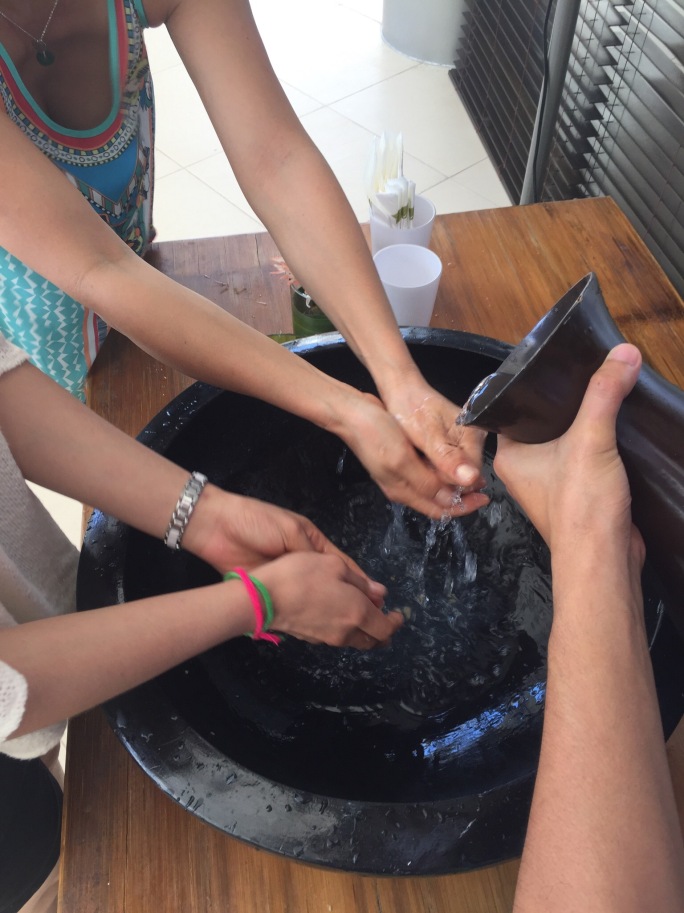 Second process: Watch the food come. NOM NOM NOM NOM!! The boodle fight I attended was a bit ritzier. But you can get the picture. Common food that is found during a boodle fight: fried fish, mussels, pancit, fruit, chicken and of course rice.

Third process: “Kain Tayo” or let’s eat in Tagalog signals us to dig in! All shyness and politeness goes out the door. This is the part when I realize the reason “fight” was added to this feast. Not on some “THIS IS SPARTA!!” length but grabbing the last mussel on the table might get a little nasty. Good thing I was with family. #judgementfreezone

Overall this was an amazing food experience. Not only did it give me a cultural experience but it also relieved me of hangry moments. 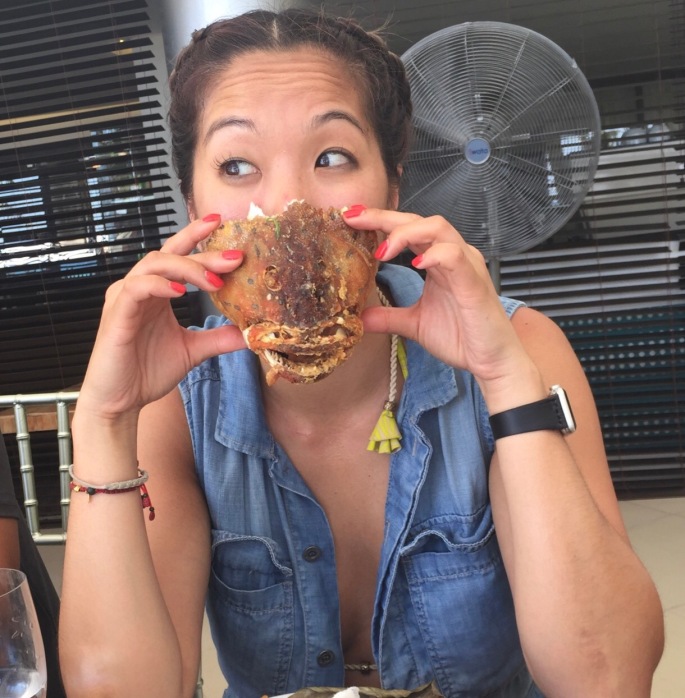